Let’s debate ideas and not engage in confrontation 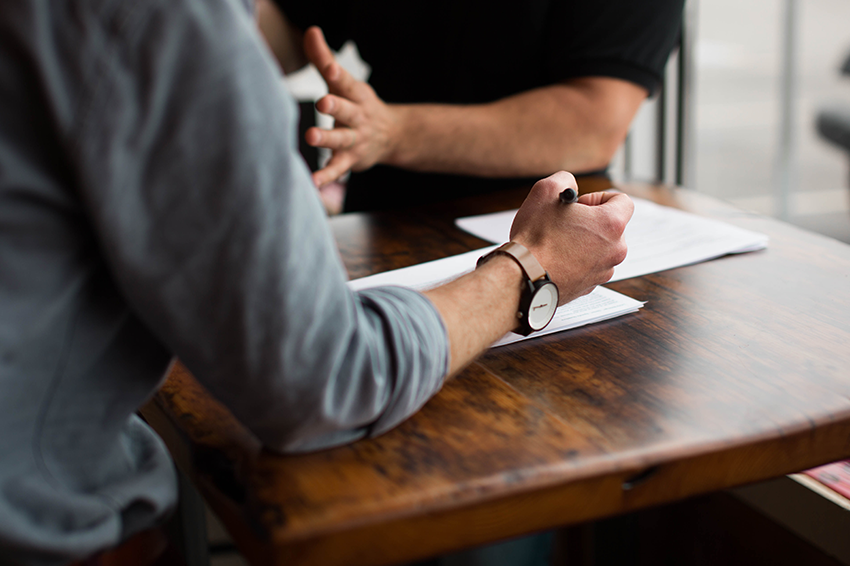 The Parti de l’action de Vaudreuil-Dorion received an invitation from CJVD radio station to participate in a confrontational debate involving the two current candidates who have confirmed their intent to run in the next municipal elections.
Since the official campaign only begins on September 22 and since candidacies are accepted until October 6th, this invitation was refused. Our letter to CJVD, included here, provides our official response to their invitation. 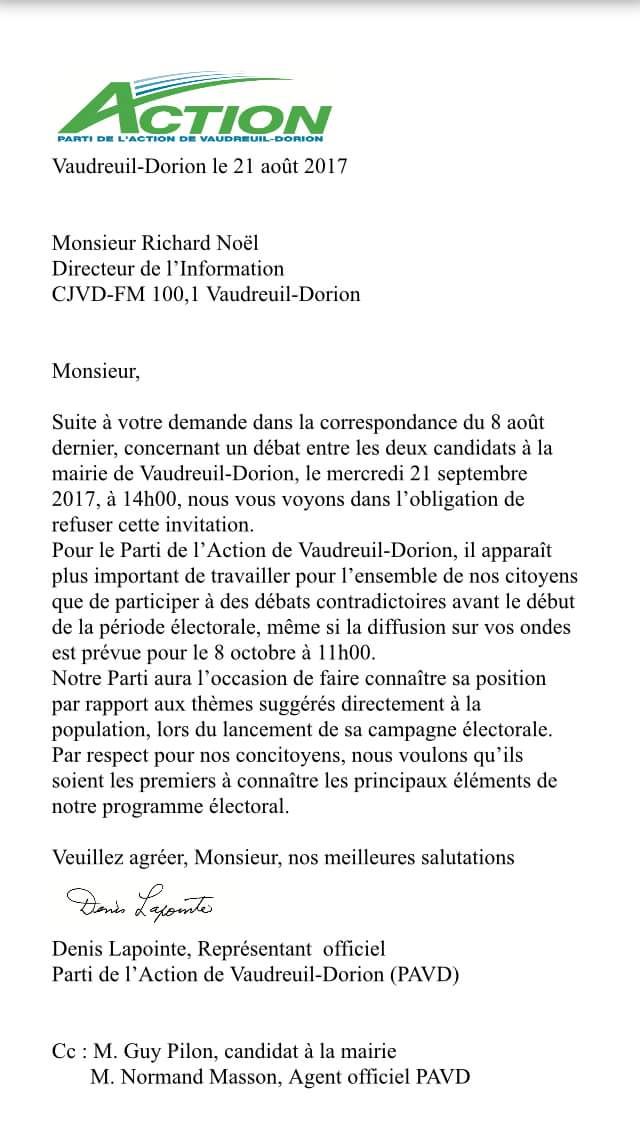 “We have no confidence in the neutrality of this local radio station given the inflammatory segments about the City over the past five years!” stated Guy Pilon, mayoral candidate for the PAVD.
It is also important to note that the community television CSUR was not involved as a producer for this debate. Initiated and coordinated by CJVD, CSUR was simply invited to capture and air its contents.
Other media, including CSUR la télé, are currently preparing themselves for debates with credible and professional teams. Their plans are to hold debates that are respectful and seek to offer citizens an understanding of the positions of all candidates involved in this important election.
Agreements in principle are already confirmed and it is with pleasure that our mayoral candidate will present our record and unveil our ideas for another mandate.

The Parti de l’action de Vaudreuil-Dorion was founded in 1998. Since, a team is formed for each municipal election in Vaudreuil-Dorion. The team balances experience with representatives from the incumbent administration and new candidates. For the 2017 municipal elections, the PAVD team is composed of Mayor Guy Pilon and five incumbent councillors, Céline Chartier, François Séguin, Gabriel Parent, Paul Dumoulin, Paul M. Normand, and three new recruits, Diane Morin, Jasmine Sharma and Josée Clément. The team is available to answer citizens’ questions and will be particularly active during the electoral campaign that officially starts on September 22 and ends on November 5, 2017. Citizens who would like to follow this campaign are invited to visit www.facebook.com/PAVD2017 or contact the party at info@pavd.ca.