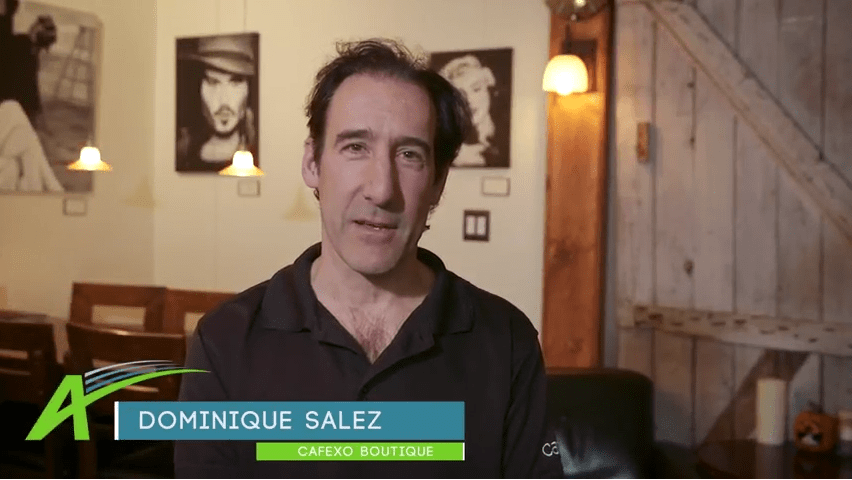 Dominique Salez opened Cafexo on Saint-Charles avenue 3 years ago. Beforehand, he had hopes of opening his business in another municipality in the region, but even though he answered all requests of the city, he did not receive the green light to proceed with his project. After two years, he took a chance with Vaudreuil-Dorion where he received 6 permits in 6 months! He considers it a blessing to be able to work with an experienced team at the City and is happy to have chosen Vaudreuil-Dorion for his establishment.