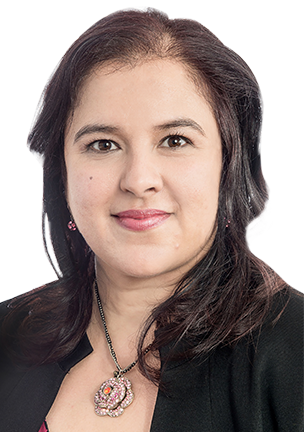 Origins
Born in LaSalle and raised in Baie-d'Urfé, resident of Vaudreuil-Dorion since 2010.

For the past three years, Jasmine has organized Holi Hai, the Indian festival of colours that celebrates the arrival of spring, creating an intercultural event for the community. She also organizes the ICOM float for the Mozaïk Parade (since 2014) and coordinates ICOM’s participation at the S.O.U.Pe. Festival (since 2015).

“Be the change you wish to see in the world” is a quote from Mahatma Gandhi that has become a daily mantra for Jasmine. A proud citizen, Jasmine has her community at heart and has made both community and political action a part of her life for many years. Of multi-cultural origins, she is a proud representative of visible minorities, a spokesperson for the Anglophone community, and a leader for events that bring her co-citizens together.